Please note, Level 1 is walk-ins only, we do not take bookings in advance. 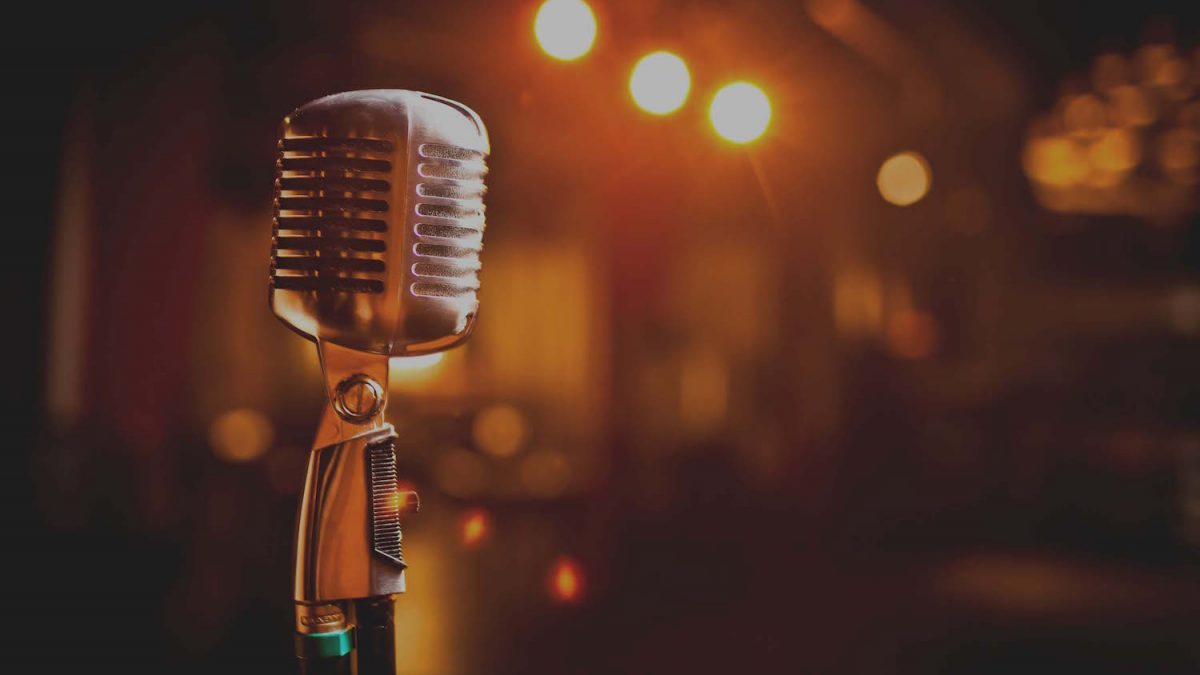 Looking for something different to do on a Friday night? Level Up Comedy is a brand new monthly night of exciting comedy. One of our fantastic MCs hosts a hilarious night featuring 4 award-winning, top-notch comics.

Located right in the heart of Worthing we’ll be tickling your funny bone with an incredible line up every month. We’re mixing it up by bringing a mix of new, local and more established comedians to our bill. Our food and drink partners will also be serving up some delicious specials and tasty deals whilst you sit back, relax and enjoy the evening.

For a night full of fun and side-splitting laughter, get the first Friday of the month in your diaries!

LINE UP for 1st April:

Dan won the Amused Moose National Breakthrough Comedian of the Year 2019 and is a rising star on the UK circuit. He brings rooms to life with his deadpan humour and low energy anecdotes and is “definitely one to watch” – Rhod Gilbert.

Martin, a former ice cream seller from Eastbourne, highlights the perils of selling 99s from a van and delves into his daily struggles to meet society’s expectations of a fully-grown adult man.

Awards include: Winner of South Coast Comedian of the Year 2017 and Winner of Hastings Fringe newcomer of the year 2017.

Martin was also a Nominee for Leicester Mercury Comedian of the Year 2018 and writer and performer for Triple Chortle award winning GOAT Comedy (Chortle Best club night in the South 2018, 2019 ,2020).

“I was blown away by Martin the first time I saw him, as I have been every time since. Great material and a really likeable guy. If I had a comedy club, I wouldn’t hesitate to book him.” Paul McCaffrey

Katherine Kenway is a regular on the comedy circuit, delighting audiences with her jokes on being a lazy mum.  She has a sardonic view on life and is like your slightly scary straight-talking best friend, but with punchlines: “…an acerbic wit with a sideways view of motherhood”, (Funny Women).

Early in 2020 Katherine was a finalist in the Hackney Empire New Act of the Year, as well as being selected to take part in the AAA showcase at the Gilded Balloon for the whole run of the Edinburgh Fringe 2020 (postponed until 2022).

Billed as one of the country’s top new comedy acts” by The York Press, Tadiwa Mahlunge has performed at the Greenman, Brighton Comedy Garden, and Greenwich Comedy Festivals – alongside the biggest names in comedy – providing tour support for Kiri Pritchard-McLain, and TV warm up for Desiree Birch’s Amazon Prime special.

As seen on BBC 1, BBC 2, BBC Sesh, Dave, Comedy Central, Comic Relief and heard on BBC Radio Wales, BBC Sounds and Union Jack Radio – at 24 years of age Tadiwa Mahlunge has quickly established himself as one of comedy’s hottest prospects in years.

“VERY BLOODY FUNNY. AND NEITHER TOO TALL NOR TOO SHORT, WHICH IS GREAT.” – Aisling Bea

A comic who has performed all over the world. You may have seen him on ‘The Russell Howard Hour’ on SkyOne or some pretty unsuccessful BBC3 pilots. Will won the Edinburgh Comedy Award (Panel Prize) in 2014 as part of Funz and Gamez.

‘Rose to the challenge and really delivered’ – The Guardian

– There is a minimum age of 18 and you may be required to show ID on the door.

– Level 1 is an outdoor venue that provides heated seat cushions, cosy blankets and a winter canopy, but please make sure to still wrap up.

– Food & Drink will be available all evening, if you wish to pre-order some snacks for the table, you can do this upon check out. There will also be a happy hour beforehand, so please arrive as early as you like!

A short film about the community of Sea Swimmers in Adur & Worthing. Wednesday 31 August. Read more

Bom Dia! Fumar Cozinha will be returning to Level 1 on Saturday 6th August for a surprise pop up. Read more